What a good layering solution should do

It must handle the following problems:

1. Dividing a system into layers based on modularization principles, such as single-direction dependency, limited entry of components and so on.

2. Compatible with modern dependency management tools such as Maven

3. Allowing for evolving into a distributed system in the future

Here I present my final version of layering after so many years’ development of java webapps. 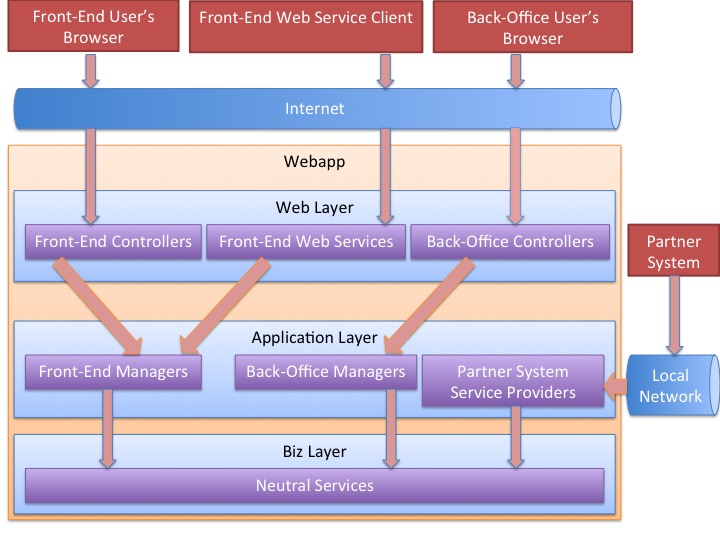 1. Managers are allowed to call repositories(DAOs) directly. It is annoying to have to have a same-name method in XxxService to wrap  its counterpart in XxxRepo.

2. BoXxx/BoRequest/BoResponse should rely on and be allowed to extend FoXxx/FoRequest/FoResponse,  and Back office Controllers should be allowed to call Front end managers.  This is because  back office users are also users.  If you don’t allow this "slight violation", you may end up write tons of duplicate code in Bo Managers.

3. Web layer annotations such as @XmlElement should be allowed to put on application layer beans and DTOs.  If not, you will have to create a lot of duplicate beans/DTOs on web layer. 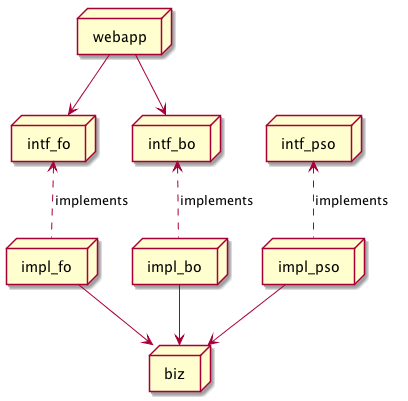 (Note: webapp must have "runtime" dependency on impl_fo and impl_bo, which has not been shown in the diagram.)

This is a ideal version of separation.  The problem is it has too many maven projects. 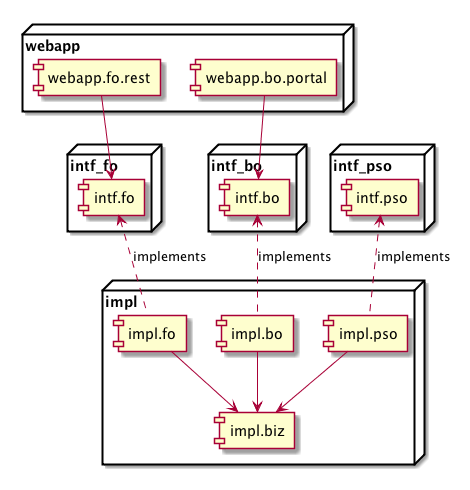 1. The maven project "intf-pso" is used as the RPC client stub for partner systems

2. The maven project "intf-fo" can be used as the RPC client stub for web service clients if they are also written in Java

If the web layer is transferred to another team

If the web layer is going to be transferred to another team in your organisation, the app layer should go with it. Otherwise, a small change will involve two team’s work, which is unbearable.

They will now be responsible for all the user-specific cases and considered as your partner system. 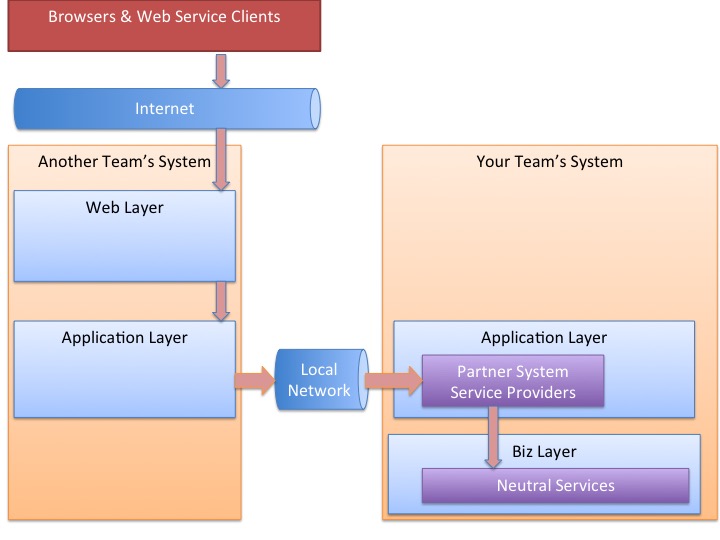 The original FO and BO managers should not rely on the biz services any more.  Instead, you must create pso interfaces to wrap them and provide services to the original managers.

For a demo webapp with most of the components describe, see  this project on github.

This site uses Akismet to reduce spam. Learn how your comment data is processed.